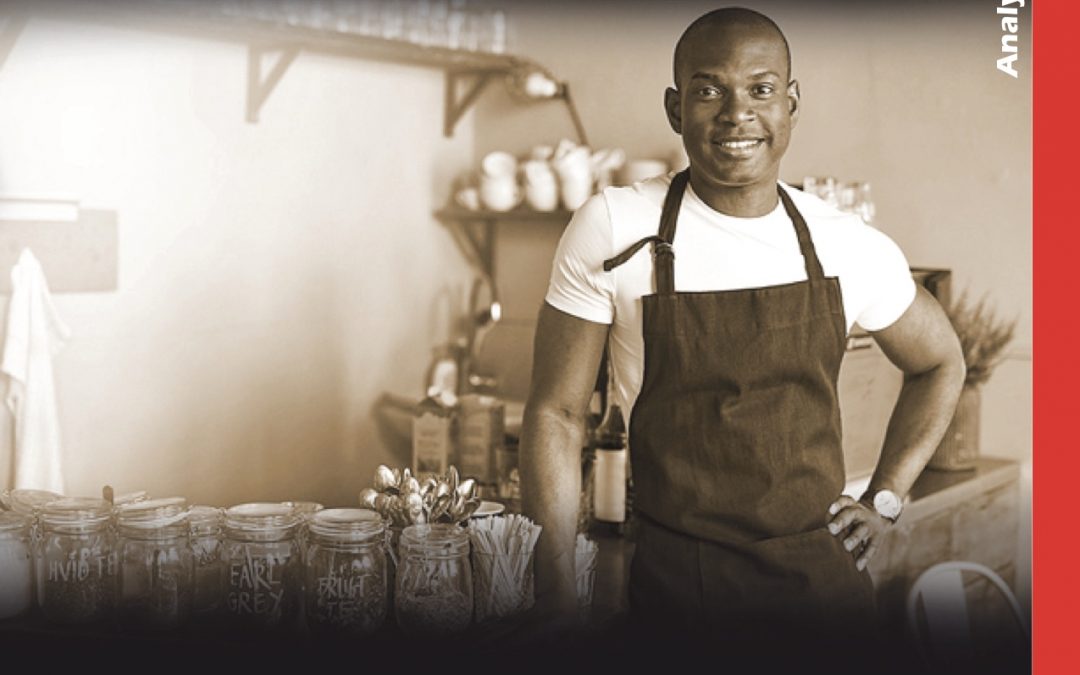 Contents
Contents 2
Introduction 7
GENERAL ORIENTATION 9
Target of the representation (sale) of the company 10
Target of Business Promotion 11
Business prospecting target 12
CONCEPTUAL ELEMENTS 14
1. What is the problem your innovation addresses? 14
2. Describe your specific innovation and the expected impact of your innovation. 19
3. On whom does this innovation have an impact? 23
4. How many people do you expect to reach in the next five years? 25
5. Why will end users be interested in your product or service? 27
6. How will your innovation reach millions of people? 38
7. Given your stage and intended pathway to scale, please explain the methodology for how you intend to assess the project/innovation. 45
8. What metrics or key performance indicators will you use to evaluate the success of this project or innovation? 54
9. What activities will you carry out under this grant and what results do you expect to achieve with community funds? 55
10. What are the biggest challenges and risks you expect to face and how will you overcome them? 56
11. Please provide an overview of the primary implementing organization. 59
12. Who are the key team members for this project? 63
13. Describe the partner organizations, if any. What skills/experience do they contribute to the implementation or expansion of the project and what are their roles and responsibilities in the project? 65
TERMS OF SHARING OF THE ECO WORLD 67
The Essence of Combat 67
Conclusion 69
WITHIN OUR COLLECTION 71
Economic Development Series 72
Analysis Category 72
Guides Category 73
Manuals Category 74
Precise Category 75
Tools category 76
Ethnic Identity Series 77
Quotes category 77
Short Stories category 77
Meditations category 77
Prose category 78
Novel category 79
Testimony category 79
Sustainable Development Series 80
Ka Method category 80
Enterprise profile 84

Impotence due to the refusal of the effort.
The Pork of this era is the lack of responsibility of the leaders of developing countries, regions and provinces or in unbalanced partnership in the management of their economies and who are content with easy help from so-called friendly third parties but ultimately betray them for the future of their own champions.
Without calling for conflict but in a competitive spirit nonetheless, we must treat our many oppressors as Hate friends. That is, to have enough hate to break the emotional bonds established by trickery, amusement, muses and abuse while fighting them as friends members of humanity and Creation.
To live free is to honor one’s Life project (useful to one’s community) in respect and submission to the divine Law in the contemporary :
“Each Human is important to the eyes of God. ”
Introduction
The very Essence of our economic and social approach is to contribute to the official global effort against poverty (and not Poor, Precarious and Profane) that could,in an alternative way,be encouraged by twinning between people from the South, their Diaspora and their supporters.
We are a Strategic Organization Consulting Firm and a Community Economy Think Tank and we have 3 axes of intervention namely: Consortium Partnership with NGOs and Consulting Firms; Business, Project and Technical Writing Services for SMEs; and (Re)Structuring of Informal and Ethnic VSEs. Our target audience is Peer Homes of, Economic Actors (Commerce and Enterprise) and Community Leaders (Administration and Families), regardless of gender or age, who are deprived of equity in their civil rights.
This is our terms of Preference:
The Ethnic Diaspora becoming for the Informal People an Overseas Partner (OSP), the African economic regions developing between them privileged exchanges and limiting or severely regulating those with the other regions on the model of China during its recovery by ostracism.

GENERAL ORIENTATION
Globally, The Wisemen Council, as a consulting firm and think tank associated with the ECO World Foundation, has as its mission to facilitate the successful integration of socio-economic migrants in their host countries, whether their journey has been interstate (Diaspora) or intrastate (rural exodus). In the first case, we focus on women who wish to develop an individual business in addition to a part-time job. And, in the second case, young people who also want to develop an Income Generating Activity to start a household. In both cases the goal is to help them gain financial independence or socio-economic sovereignty.
There are three business clusters (South-West Twinning, Economic Action, Community Leadership):
Dakar for the international partnership: organization of the portfolio of our projects with media personalities
Montreal for ethnic entrepreneurship: promotion of writing services and book collection for self-learning.
Cotonou for informal entrepreneurship: prospecting for promoters, managers and investors of projects to create consortiums
We limit ourselves to these poles for our generation and if we pass the company to others, they will explore other horizons according to the initial Vision.
Target of the representation (sale) of the company
Dakar for international partnership: representation of our project portfolio to media personalities by Jumelage (Twinning) Sud-Ouest
Target audience: academics, artists and artisans, religious leaders, entrepreneurs, bloggers. Twinning project between Profanes of Montreal and Initiates of Cotonou by exchange and mutual sharing of Virtual Technology vs Informal Philosophy. We propose our flagship project (The Black Kingdom) and moderation (ECO World Foundation).
Means: informal contact (Exchange and Sharing) to solicit lobbying, influence and outreach in order to found a community around the political economy doctrine of the Ka Method.
Selection: interest in pan-Africanism, informal economy, anti-imperialist, interest in spirituality of all origins (except oppressive), Vodùn vs. desire to master digital and virtual technologies, Hack.
Target of Business Promotion
Montreal for Ethnic Entrepreneurship: promotion of business and project writing services, as well as the Economic Action self-study book series.
Target audience: professionals and students who want to create a simple (amateur) but economically successful individual business (TPE) adapted to the society on the fringe of their employment. Precarious (Vulnerable) women and households in direct clientele looking for a satisfactory profile through ethnic entrepreneurship. We offer technical services (drafting of project) associated with support.
Means: promotional campaign on social networks and sometimes in community newspapers depending on the budget (which will be provided).
Mode: a campaign per month or every two months with the possibility of free download of a book of the collection for occasional discovery.
Business prospecting target
Cotonou for informal entrepreneurship: prospecting for promoters, managers and investors of projects to create community leadership consortia.
Target audience: companies with socio-economic projects (NGOs, SMEs), engineering firms and technical and financial partners. Poor (marginalized) youth clients seeking sufficient income through informal entrepreneurship. We offer coaching (training courses) combined with technical services.
Source: Chambers of Commerce, websites of consultancy firms working with Africa, donor websites (subscriptions provided)
Selection: information watch on calls for tenders or projects and proposal for collaboration in the form of a consortium

TERMS OF SHARING OF THE ECO WORLD
The Essence of Combat
The heart of the Message is:
“Every Man is important in the sight of God. ”
It is a reminder of the value of the Life we receive as a gift to fulfill us and reach our initial station of glory. Thus it is revealed in a Lord, Omar, whose link with his vicar, the homo animus, is through effort. The fruits of the Kingdom (The Black Kingdom) to which the members of this community are called are simple Wealth (transmissible heritage) and simple Love (Pride and Friendship).
The ultimate exhortation is to patronize (trade in an inter-community market and then outward) peers to strengthen our economic power. So that it is possible to achieve the vision:
“Make the informal economy a quality alternative to the Liberal System. ”
This is the essence of the struggle

The Wisemen Council is the vehicle for this vision. In the long run, this Ka aims to be a reference firm of reference in economic and sustainable development through the philosophy and informal method of doing business. The first step is to gain credibility and influence through the quality of achievements and expertise in the field.

Conclusion
End up with a spiritual Vision:
The male evil of French-speaking Africa is, on the one hand, that its elite has made and continues to make obedience to a system of ancient rituals denatured by an occult orientation long condemned for its idolatrous drift of a refuge taken from male djinns instead of a “Ka’Ba” whose letter and license contain the whole universe from its dedication to God outside of whom “there is neither Force nor Power”. This is the mystical oppression of the west Ernst.
“It is better to burn the son than to be cuddled to the dogs. “. Avoidance; Technique.
On the other hand, the failure to take into account the strategic and commercial socio-economic stakes in the new struggle, which aims at mastering the renewal of the divine medium that is the global commercial enterprise but this time online, leads to choices that show a real impotence and also paradoxically an overconfidence in the responsibility of a mature role of the economic actors and community leaders who put their hope in an external manna made of credit or subsidy or appetizing quail on CV coming from a financial and monetary System that has no that has only a local and doctrinal reality. This stands in contrast to the resource potential and marketability of other cultures. In the end, this only gives a test of sharing and exchange; of mediation and moderation, on common markets of varying size, like the era of the trans-Saharan routes and the era of trading posts, whose end of the 600-year cycle of our purification should open our eyes to the importance and primacy of the sovereignty of the establishments of our civilization.
“It is better to cry from the skull than to overwhelm their sons. “. Outrance; Monetary.
Together, mystical oppression and economic oppression form the evil oppression that eats away at the Francophone space of Africa.

WITHINOUR COLLECTION
The Wisemen Council and Arnaud Segla have committed to publishing digital books in three editorial lines namely “EconomicDevelopment”, “Ethnic Identity” and “Sustainable Development”. Our goal is to accompanythe effort of reappropriation of the economic future and the renewal of the Black civilization in alogic of valorization and sharing with the other cultures of its philosophy and its informal Attitude.Our collection is part of the empirical research project of its Think Tank, the Ka Method, as well asits consulting activities in Project Strategy.
Published so far :

These books are available to date on Amazon.
Photo: Awa Lake Diop
Arnaud Segla MSc, MSc Admin, CAPM. Consultant, Manager and coach in ethnic, informal and corporate entrepreneurship. I organize and facilitate learning activities and accompany many entrepreneurs in achieving their business project objectives.
Since 2009, I have been providing consulting services for ethnic and informal entrepreneurship projects in the context of economic and identity development for migrant populations. I have partnered with all stakeholders to achieve my vision with The Wisemen Council.

Enterprise profile
The Wisemen Council is a consulting firm specializing in ethnic business strategy. Since 2009, it specializes in the implementation of simple, effective and tailored management practices for better performance and competitiveness of projects of entrepreneurs and organizations operating in a critical financial environment. The Conseil des Sages has developed an alternative method, the Ka Method, which she proposes to certain economic actors within the framework of her Think Tank.